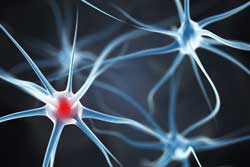 Opioid Dependency and Addiction are not the same. For Ethical Care, we “Must” address the differences.

The physical impacts on receptors happen to the human brains “receptors” that are targeted by pain medications, literally physically change the brain receptors. Then once altered over time of use (Varies by person what the period of time is which “dependency” occurs, due to our individual DNA), they send messages to the brain which we call “Cravings”. A person dependent on pain medications does not always “abuse” the drug.

However, if they do not take the medication, the body will respond due to the brain’s receptors responding to the lack of the drug being provided to the body/brain. This will set off a process of “physical” withdrawal if not take (as prescribed) on the correct regimen. Valid pain management is still required for quality of life. The problems relating to “addiction” does not always happen. And while we are facing challenges with ‘abuse’ we cannot forget the need of care regarding human compassion for patients with valid medical needs for chronic pain management. This has become a major challenge for healthcare providers. Understanding the difference between “Dependency and Addiction” is imperative for everyone.

When working with persons who are “addicts” there are several factors that we can note when a patient has switched from “dependency” (A physical by-product of care), to that which crosses over the line to “addiction” and “Addictive behaviors”. In over 500 cases through our outpatient care facility at PWC, we realized one factor that becomes glaringly apparent. The “method” of use of the medication, was the initial onset wich changed to “abuse” practices.

1. Method of use. When a pill is given for swallowing, patients with addict behaviors have changed to “snorting” lines, and even I.V. use. This is not seen in patients that are using the medications appropriately. The method used for introducing the drug components into the body, have a direct effect on how damage is initiated to the receptors. It also tells us that the patient is using the drug for reasons beyond “physical pain care”.

2. Seeking Pills. When the amount prescribed is for ex. 30 days, is gone in 1-2 wks. the cravings have taken over to a point which they begin seeking (Chasing) more pills. They will find themselves changing the type of people they socially interact with. Leave their regular friends, isolate off from their family and regular friends, and become lost in the “chase”. Nothing matters as much as getting the drug to fix the cravings that the brain’s receptors are craving. This has gone well past “Self will” being strong enough to just “say no!”. The brain is in charge, not the individual. The receptors have been damaged, and until given a way to heal, the person can no longer function at the levels which they had prior.

Why are some people physically dependent but still able to function in their jobs, marriage, and social settings, and not crossing over to addictive behaviors that lead to the destruction we find occurring with the “addicts” life? It may come down to something as simple as a lack of coping skills. In 100 % of “All” cases of addicts versus those on long-term pain management who comply and have the physical dependency but not the addictive behaviors noted above, the difference we note is that the “addict” has a “Core” issue at the center of why they began the “Misuse” of the medication and began “abuse” usage. We often find early childhood trauma, undiagnosed mental illness, depression and social anxiety being very prominent in opioid addicts. This does not mean that the non addictive pain medication users don’t have histories with some issues, but they have created other ways of dealing and coping, that the addictive personality did not.

In over 80% of cases at our Center, through the history assessment, there are often no report of any drug use. It was not until a medical injury and exposure to the opioid’s euphoric feeling did the individual find themselves remotely even interested in “using” any drug for altering their state.

In some cases, people had never even tried marijuana before. Discovering the initial burst of energy, feeling of happiness (for depressed people this was the first time in their lives they had ever felt the feeling of being “happy”), they desired more.

While we cannot conclusively state that the higher the severity of the lack in coping skills, childhood trauma, mental health issues, the quicker the onset of “abuse” behaviors was started, we can say that once the abusive use of their medications started the quicker the downside swing came. The downside swing is when it no longer gives you energy but takes all the energy you once had and diminishes even that. When the depression or social anxiety increases and the once reliable “fix” from an opioid drug no longer “works” for them but now backfires on them, and in some cases increases it. The chase is no longer to get “high” but to balance out to be able to do basic life functions. In 100 % of ALL cases of opioid addiction patients at Palms in a period of nearing a Decade, have we had a single person come in and not report that they were now chasing the drug to “just feel normal again”. The devastation is real, very real. Does that mean we denie pain care for everyone? Not if we want to remain a compassionate society. This is why its important to truly understand the difference between “Dependency” and “Addiction”, and often this is lost. It is seldom ever even mentioned in the media.

There are many medications that cause “dependency” which means that the body will have adverse reactions if the medication is suddenly stopped, Opioid based medications are being targeted due to their “addictive” risks that bring on behaviors that are destructive to the individual and society as a whole. But does it mean that we blame the person who is struggling with receptors that have been damaged by stigmatizing them, criminalizing them, and often demeaning them for the physical damage done to their brains? Do we ditch all opioid care for those who benefit from pain reduction such as we find with cancer patients and people with chronic pain who do not “abuse” the medication? There is continued research work going on in an attempt to find new effective medications to manage pain without attaching to receptors which have the “good feel effect” (high), that do not have other adverse effects. Below is a link attached to such efforts.