Taylor Holder LCSW-MSW, President Palms Wellness Center Inc., is also the author of “All Points Inbetween: Shifting on the Scale of Sex and Gender.” Mr. Holder graduated from the dept of Sociology at Cal State University and conducted over 10 yrs of field research which was published in 2007. Mr. Holder received his Master Degree from East Carolina University for his MSW and received is Clinical license passing the Board in 2008, receiving his LCSW. He is also a member of the National Association of Social Workers (NASW) and the American Sociological Association (ASA) as well as a previous member of the Study of Society and Social Problems (SSSP). He has spoken on Panels, conducted workshops for “Intersex Awareness and Education”  Sponsored by the Hormel Center, as well as Conferences for Professional Providers in Boston Mass. LGBTI Human Rights Campaign educational panels for Intersex Awareness in San Francisco CA. and many others speaking engagements throughout the USA as well. He has worked with International Human Rights efforts for over 25 yrs.  He is currently working on future publications, and human equality issues for “stigmatized” populations while performing the duties as Clinical Director of Palms Wellness and providing direct patient care.

Mr. Holder provides individual and group therapy as well as speaks nationally at health summits, and other venues throughout the US. Mr. Holder provides private practice specializing in Substance Abuse Addiction, PTSD, Transitional care for Transsexual and Intersex persons, and Autistic Spectrum Disorder young adults. Mr. Holder also worked during his field research years, as a Special Education Teacher for LA Unified School District, as well as in San Leandro CA. MT. Holly NJ. and locally his last year teaching in Onslow Co. NC. prior to changing over into the Clinical Field. He has also worked in Level 3 and 4 care facilities as a treatment team member.

Mr Holder started his professional life in 1990 working in Community Development and Revitalization in Harrisburg PA. He holds both a Bachelors and Masters Degree in Community Development Rural, Urban, Global, as secondary fields of focus. He has been involved with Non Profit work for 30 yrs.  Mr. Holder is also the co-founder of Palms Wellness Center. with Dr. Barnes.

Victor R Barnes MD, Vice President Palms Wellness Center Inc., has specialized in Psychiatry for over 25 yrs. With his Medical Degree from Easter Carolina University Brody School of Medicine, Dr. Barnes is dedicated to giving access to cutting-edge high technological treatment methodologies to the citizens of his community. Dr. Barnes is also dedicated to providing services as the President of a local nonprofit organization Palms Wellness Center. In our private practice, Dr. Barnes provides Suboxone treatment with great sensitivity to quality care for all clients. Dr. Barnes has also been the Chief Medical Officer for an in a patient care facility for adults and children suffering from MH/DD/SA issues.

Dr. Barnes also holds a specialized license for “Suboxone” Medication. This allows for our clinic to provide medication management in conjunction with individual therapy, to assist patients in their recovery from Opioid Dependency/Addiction, and also obtain safe pain treatment for chronic pain which is often directly associated with those who have histories from opioid medications which became problematic.

Dr. Barnes currently holds a secondary position working at the V.A. Clinic located in Jacksonville NC. working directly with military Veterans in the early part of his day. He is dedicated to veterans and worked for 5 yrs prior at the Naval Hospital on Camp Lejuene, Jacksonville NC. 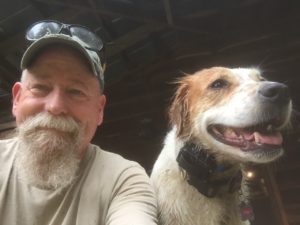 Doug R Wisnioski Senior Special Operations Training Instructor, Retired US Army Special Forces Lt. Colonel, Executive Director of Operations and Public Affairs, Mr. Wisnioski is also a Gulf War Vet. and served with Special Forces Commander during Operation Uphold Democracy in Haiti. He has conducted operations throughout Europe, Southwest Asia, and the Caribbean, as well as Central and South American. He also served as an Area Commander for the Federal Protective Service Police, DHS, responsible for law enforcement operations, special operations and physical security for over 150 Federal facilities in four counties of South Florida, with over 35,000 Federal Employees. In the aftermath of Hurricane Katrina, Mr. Wisnioski served as the agency’s Incident Commander for Alabama and Mississippi.

He has over 10 yrs of documented public relations success and expertise in national and international media relations, internal information, media training and public speaking.  Mr. Wisnioski served as the Special Assitant for Public Affairs to the Chairman of the Joint Chief of Staff. He served as the Fox News Military, on-camera Analyst in the aftermath of 911 terrorist attacks and the US invasion of Iraq and Afghanistan as the script technical advisor for the Warner Brothers Feature film, “ Executive Decision”.

Ms. Grace Adminstrative office Assistant/Lab Tech, oversight for office flow, filing, UA testings with patient lab needs, while also assisting requests for support of both Medical and Clinical Directors. Ms. Grace has extensive Administrative background working for the NJ State Legislature for over a decade, and more recently with Onslow Co. Dept. of Social Services for over 7 yrs. She also assists with front office check-in, and other variety of duties to meet the needs of patients as our number one priority.

Sharon Szeles Front Desk Patient Cordinator: has an extensive background in business management, and customer service. She is a native of NJ. having moved to NC. with her children and extended family well over a decade ago. She has been involved with local fund raisers, school team activities with her children and assists with families of disabled persons and animal rescue.